AN INTERVIEW WITH TONY DIGEROLAMO FROM THE WEBCOMIC FACTORY 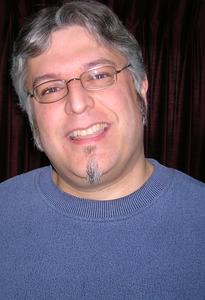 Interview by TonyDoug Wright
The world of webcomics has its fair share of pretenders that claim to walk the walk and talk the talk, but they fail to deliver quality webcomics on a regular basis. For those that get it, they deliver great webcomics on a daily or weekly basis. One company that has it right is The Webcomic Factory, which currently features sixteen great webcomics for fans of humor, pop culture, sports, and all things geek related. Most importantly, they update their site daily.

At the helm of The Webcomic Factory is Tony DiGerolamo, a writer who has an extensive and impressive resume that includes writing jokes for Politically Incorrect With Bill Maher and television writing scredits for Space Ghost: Coast to Coast. Tony has been the writer on comic book titles, The Simpsons and Bart Simpson.If you know anything about webcomics and frequent the forums then you probably know - or know of - Tony because he gets the word out to the masses about his webcomic projects.

Tony DiGerolamo was kind enough to answer some questions via email. Thank you, Tony!


I read that your creative partner, Christian Beranek, informed you years ago that webcomics were the future of the medium. Did you immediately buy into his philosophy or were you dragged in kicking and screaming?

Actually, it was the other way around. Christian was running Silent Devil with his brother Adam. I had met them through artist Chris Moreno, who was working on The Travelers with me. Chris and I were at a convention and we saw the Penny Arcade guys raking it in with T-shirt sales. I turned to Chris and said, "Chris, we're doing a webcomic next time." At the time, I was pitching Super Frat as a print comic. Christian wasn't totally on board with the webcomic thing at first, but he had the vision to see that it was worth something. So we started posting on the Silent Devil website and eventually moved Super Frat to its own site. Now we're approaching our 500th strip. 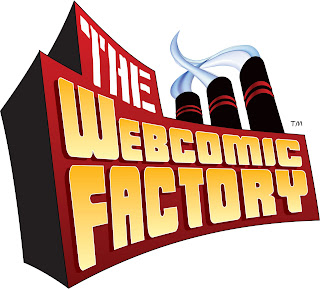 Super Frat is one of many webcomics you're associated with at The Webcomic Factory and your titles cover various guy-related topics like sports, relationships, parenthood, and collecting action figures. Most importantly, your site is consistently good and updated. Why do so many so-called webcomics fail to understand the importance of being consistently good AND updated?

Well, the great thing about webcomics is that people can start doing them on a whim, but the bad thing is they don't always understand what they are getting into.  I was the same way with the early strips of Super Frat.  We'd update furiously for a while, then stop, then start then stop and start.  Took us about a year to get in the groove of a weekly.  You also have to have blog posts most of the rest of the week so people keep coming back.  When you're running a webcomic, it's mostly about running the website.  Super Frat tends to be specific to college comedy and being vulgar and crude.  The Webcomic Factory is more broad and the blog focuses more on webcomics and the site in general.  It's nice to have the flexibility of both sites.  A third and fourth site are in the works, but I hope I don't have to update them!

You have an impressive resume where you have done writing for television, film, novels, comic books, and comedy. What writers do you consider influences and why?

I wrote jokes for Politically Incorrect with Bill Maher, scripts for Space Ghost: Coast to Coast on the Game Tap website, blog posts for Comedy Central's Indecision '08 site and a bunch of others. I've had two novels published, two screenplays produced. I write for stand up comics and various comedy blogs. I also write for Bongo Comics: The Simpsons and Bart Simpson comic books.

Writing influences? Kurt Vonnegut, Jr. He always had a great sense of a "universe" for his characters, which I admired. Hunter S. Thompson, because he's so balls-out crazy. Charlie Kaufman, because Adaption is one of the best written movies ever. John Ostrander for GrimJack. Mike Baron for The Badger. Howard Chaykin for his many manly characters. So many more.


As a fellow webcomic creator, I'd like to know what you enjoy about the webcomic medium and what you see as problematic for the medium.

What I enjoy about it is the access and the price. Print comics became so expense. I was writing a comics review column and I could barely break even buying my own comics! There's also a great variety of opinions, stories and formats, thanks to the low bar of entry for webcomics.

As for problems, webcomics are just like any other medium. There's a lot of junk, but at least in webcomics, most of the junk has an earnest feel to it. The money is both its strength and its weakness. It's a strength because corporations haven't decided to attempt to dominate the landscape by pouring money into the webcomic community. There have been a few attempts, but they haven't really worked, so the power is still mostly in the hands of the creators. The downsize is, of course, many creators just run out of steam and quit.

But there's an upside to that too. Some creators that quit, well, they should quit. Maybe it's because the strip wasn't very good to begin with or the story just runs it's course. What I'm seeing a lot now are creators that understand that some stories should end and then they can move on to new characters. With that in mind, webcomic hubs are emerging. Sometimes it's a creator-collective or sometimes it's just a creator that's moved on to his second or third project. I think this is a great development because it ultimate puts the focus where it belongs, on the creator, rather than the characters. That was always the problem with print. Sure, you could do a run on Spiderman or Superman and then try to launch your own comic, but most fans would stick with the characters. Webcomics lends itself more to follow the creative forces rather that the logos, copyrights and trademarks. Hopefully, legislation like SOPA (Stop Online Piracy Act) and PIPA (Personal Information Protection Act) won't take that away.


How many artists and/or writers submit requests to you on a monthly basis to be part of The Webcomic Factory?

One or two.  Not as many as you think.  Artists are wired differently than most people.  They get caught up in their art like people get caught up in playing video games.  Then they look at the clock and it's 3 am four days later.  Some artists are disciplined enough to hunt for work on a regular basis, but a significant amount are not.  I do most of the hunting.  I put out searches on message boards, look at portfolios, tell the artist our deal and if he's cool with it, I audition him, approve him, sign a contract and get rolling.

Writers, no offense, but I don't need them right now.  Got plenty of scripts.  It's never usually an issue with me.  Christian has a million projects as well.  That's the advantage of being a writer, you can juggle dozens of projects at once.  Artists are lucky if they can juggle two or three simultaneously.  It's work intensive in the art, physically creating images.  For writers, it's more brain intensive.  When you burn out on work as an artist, some food and a good night's sleep can set you right.  But when you're writing and you burn out, no amount of food or sleep will help.  You need, what I like to call "input".  Experiences or just anything but writing to fill your brain.  Then you process and go back to "output" i.e. writing.  I sound like a robot, don't I?  Such a Factory mentality!

What I'm always looking for are potential sponsors, fans to help spread the word and fellow creators to exchange links.  My goal is to have 500 link exchanges by the end of 2012.  And, of course, the more money we make, the more focus we can put on the site to make it better.  There was talk early on for two strips a day, but we're not ready for that yet!


We seem to frequent the same websites to promote our webcomics. What sites have you considered to be the best for spreading The Webcomic Factory news?

Reddit has always been awesome. Love the fans there. Stumbleupon is great too. Twitter and Facebook works if you can build a following. One of the best communities is at the Webcomics List. Very helpful and generally polite bunch. Most of the other comic sites are still stuck in print, with an occasional mention of webcomics in between Marvel and DC movie updates. But slowly, things are turning our way. More and more media outlets are covering webcomics and without the stigma of the print superhero books.

Tough call. Comedy club audiences can come at you, but at least you can fight back. If you're funnier, you win. Forums eventually fill up with anonymous trolls that claim part of the forum as their turf and then proceed to alienate everyone that comes there. Fighting back in a forum is pointless, especially for a creator. Inevitably, you lose because anonymous trolls are protected by their anonymity, so they can lie all they want about themselves and you can never call them on it. The best thing to do is to try and be a nice guy until the troll runs out of steam. Most trolls are just nerdy Internet kids with nothing else to do and they find some sense of power in tearing down others. After a week or two, they become disgusted with themselves and disappear or move on to tear down someone else. Hecklers are similar, but their arrogance is usually their undoing. That's why you go after hecklers and they almost always regret opening their mouths.

The bottom line is, if you're nice, honest and earnest, people will like you even if you webcomic or your jokes aren't that good. The ones that don't will be exposed for their obvious insecurities. Because if you look like a puppy and someone kicks you, it's the kicker that looks like an asshole, not you.


Are you planning any new releases for The Webcomic Factory?

Yes, besides As the Mayo Turns (which just premiered this month), we'll be premiering a whole new strip drawn by artist Tim Radacio of Oklahoma. Can't give it away yet, but it's going to be a comedy about a particular minimum wage job I used to have. Should be fun and a lot of the stories are true. Our current line up is:

Sometimes it changes when a particular artist takes a break, so you'll see some of the comics start and stop from time to time. Amongst the comics that will be back sooner, rather than later, Tony Destructo, Sports Guys, Miserable Comedians and digital hobo. They'll all be back at some point. Many, many fans keep asking me about The Horror of Colony 6 and yes, it will return! Plus I've got like five other projects.