Tuesday means it's time for Kav and Tony to break down your favorite Superman comic books. This week, we continue our review of Action Comics #290 'Half A Superman'. This was published in 1962 and the writer was Jerry Siegel, pencils were done by Curt Swan, and the inker was George Klein. 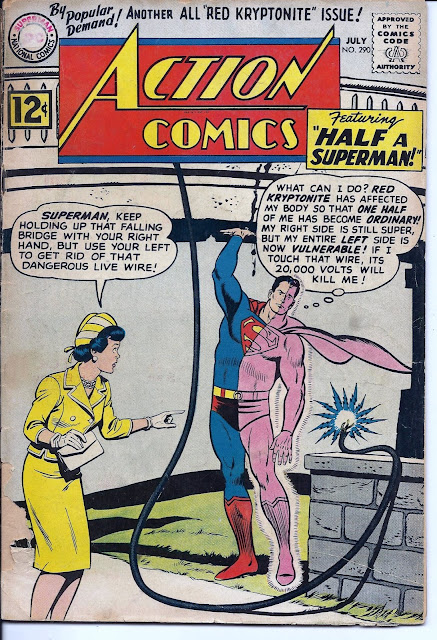 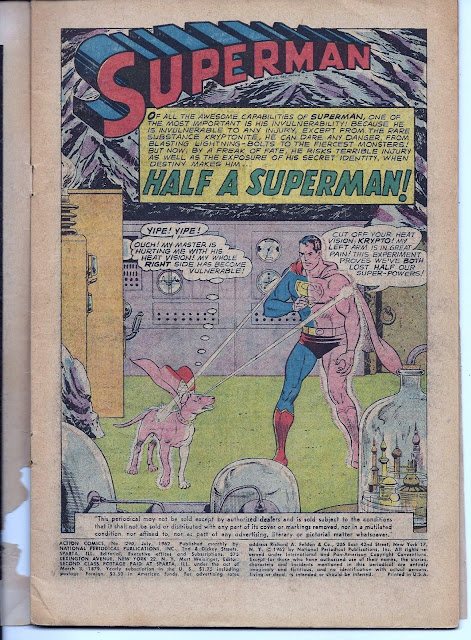 KAV: Splash-we see here a scene of Superman and Krypto sadistically or masochistically burning each other with heat vision to clarify the recent effects of that pesky red kryptonite. They couldn't just pinch or nip each other?

TONY: When the opening page is a dog and Superman frying each other with heat vision then you know it is going to be a craptacular comic book. The icing on the cake is that we are treated to the thoughts of the dog. Lord help me. 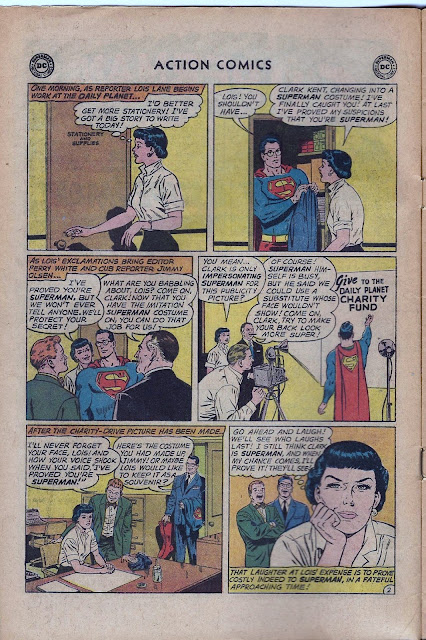 KAV: Clark is always changing in the stock room but the one time he gets caught he has a legitimate explanation??? I refuse to accept this coincidence. No one notices that Clark looks EXACTLY like Superman wearing glasses? And we see the common scene of Lois suspecting Clark is Superman. Remember-she treats Clark with contempt...yet she thinks he's Superman....

TONY: I agree with Kav that the DC universe is highly incompetent because they can not put two and two together and come to the conclusion that Superman is Clark Kent. 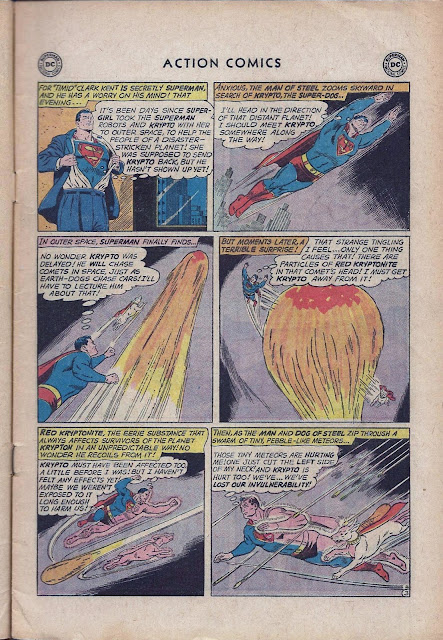 KAV: We see on this page Superman and Krypto have lost their super powers on one side of their bodies...

TONY: I don't know how to explain it but seeing that flying dog pissed me off. It is bad enough that we have to deal with the dopey sidekicks like Bucky Barnes and Rick Jones from this era, but the flying dog goes to another level of lameness and mind-numbing entertainment. 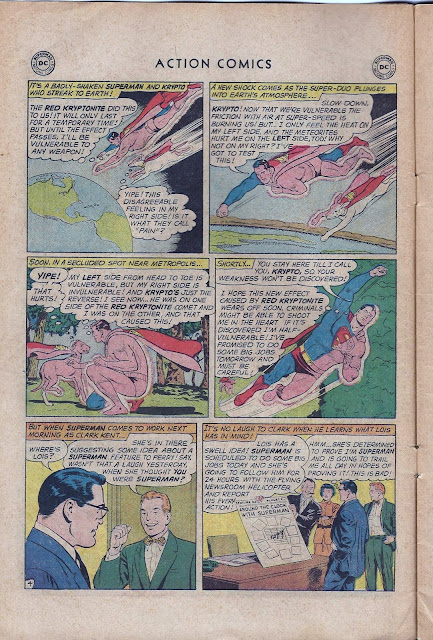 KAV: ...and they don't immediately DIE!!! WTF? If half of their bodies are non-super, and they are in OUTER SPACE...that half of their body would DIE. Which means ALL of them would DIE, cause you can't live without half your body for a variety of medical reasons.

TONY: Re-entering the Earth's atmosphere did not burn Supes and poochie to a crisp? That's too bad. I was rooting for the atmosphere for a moment. Seriously. 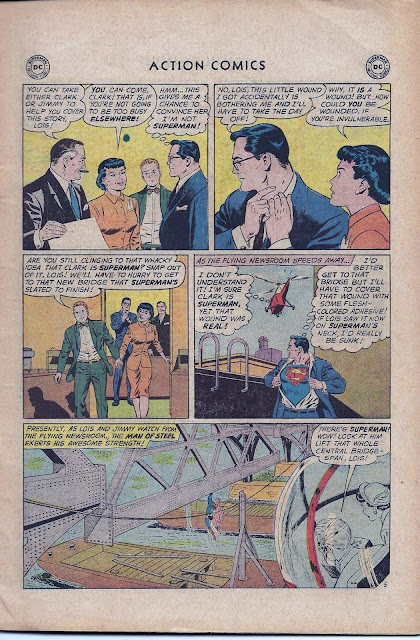 KAV: Once again we see that anyone can just tell Superman what to do. Lois says she's gonna follow him around for 24 hours so of course he has NO CHOICE but to comply. Grow a pair, Supie. Then we see what an utter wuss Clark is-he has this little scratch on his neck that is not even bleeding and he has to take the 'day off'. If I was Perry I would say, "Sit your ass down and work, Clark!"

TONY: It's official, Clark has a Kryptonian mangina. That little nick sends him home for the day? Can't fake a seizure? Can't pretend you have stomach cramps? Can't induce vomiting? Can't throw yourself down a flight of steps? This is one crummy story.

Sadly, we will have to continue this review next week. I have a feeling this will only get worse. See you then!