Welcome to the 2012 Superhero Draft! I love comics and the NFL draft, so I decided to combine the two by choosing a hero to defend the most dangerous cities in the United States. Information was taken from the 2011 twenty-five worst cities for crime in the United States. My decisions are based on choosing the superhero along with their alter ego to do the best work in each city. Decisions were also made on a variety of factors including geographical location, overall crime issues, education, specific social problems, the history of the city, and any interesting pop culture facts. Enjoy.

Today, we will review my first five picks in the draft.

What the draft experts predicted: Superman

Overview: Michigan has three picks in this draft and I was determined to make the best selections for their troubled cities. They are going to need a superhero in every city that is a one-two punch to fight crime. Flint has a homicide rate per 100,000 people that is five times the national average. I was reviewing all of the superheroes and made a bold choice. Most of the so-called draft experts would have predicted that this would have been a job for Superman, but The Man of Steel is not cut out for the mean streets of Flint. The people of Flint do not need a government yes man who is too much Wally Cleaver and not enough Dirty Harry. Flint needs the nocturnal crime-fighter in Daredevil which would give his alter ego, Matthew Murdoch, the opportunity serve as the city's district attorney to prosecute criminals during the day. Coming along with Daredevil would be his trusty sidekick, Foggy Nelson, who is also a skilled attorney. Daredevil knows how to fight crime in tough, gritty areas and he sharpened his skills in the Hell's Kitchen section of New York City. Daredevil is the perfect number-one draft selection for a city that has been against the ropes for too long. Michael Moore would approve. 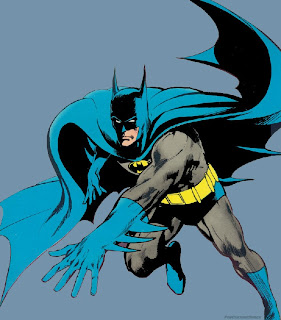 
What our experts predicted: The Punisher

Overview: Michigan needs help with crime and I am here to give them their best options with the first and second picks in the 2012 draft. Batman has an excellent track record of fighting crime in Gotham, which can be easily compared to Detroit, and he will have the assistance of of his sidekick, Robin, and his butler/medical provider, Alfred Pennyworth. Not only do they have an excellent crime fighter, but the city of Detroit will benefit from the deep pockets of alter ego, Bruce Wayne. A city with a murder rate four times the national average per 100,000 and a dreadful economy needed the assistance of Batman/Bruce Wayne. Although our experts predicted this job would have been perfect for The Punisher, it would have been a bad decision. Yes, I have stated and proved in a previous post that Batman is a self-righteous prick, but The Punisher is too much of a loose canon vigilante for a city that is having a slight rebound. Move a city forward and don't set them back. 
What our experts predicted: The Flash

Overview: St. Louis landed Superman, which is a perfect fit for this conservative Midwestern city. Born and raised on a Kansas farm, this legal alien will bring justice to a city that has a murder rate that is nearly five times the national average per 100,000 people. Superman has plenty of powers that will definitely give the criminals of St. Louis a run for their money. Not only does he have incredible strength, fantastic speed, freezing breath, but he also has the ability to fire heat from his eyes. What more could a city located in the Bible Belt ask for from their superhero? Coming along with Superman are his sidekicks, Jimmy Olsen, a platonic male friend, and Lois Lane, a young lady he apparently has been courting for a number of years. Perfect. The Flash would have been another safe pick for this town, but it is tough to pass up on Superman at this point in the draft. 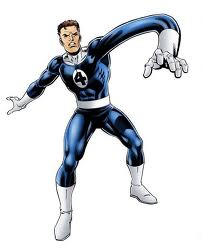 
What our experts predicted: Captain America


Overview: This selection was a bit of a tough one for me because we have a city that has a great academic history and has some early American historical significance as well. I decided to learn towards the academic history. New Haven is home to Yale University, and I decided to pick an academic superhero who would use their alter-ego to be an asset as a member of the Yale faculty. I narrowed down my choices to Reed Richards, Charles Xavier, and Bruce Banner. Dr. Strange was originally part of this group, but he doesn't seem to be the kind of guy that wants to have office hours. I eliminated Banner because Yale would not want their historic campus destroyed by The Hulk because some goofy barista dumped a latte in Banner's lap at the campus coffee shop. It was a decision between Richards and Professor X. I didn't think Yale would want to pay for the relocation expenses for Cerebro, so Richards won. Additionally, the residents of new Haven would have access to Reed's friends, Sue Storm, Johnny Storm, and The Thing. Perfect. Now, I am sure the so-called draft experts thought this would be a perfect city for Captain America. However, Connecticut is the home state of Benedict Arnold, so that is the reason why I decided against drafting the Captain. 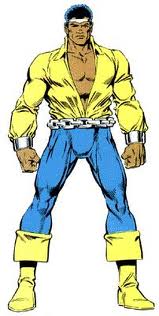 What our experts predicted: Gambit

Overview: Memphis has a long tradition of racial unrest and Luke Cage/Power Man was definitely the right draft selection. Remember, we need a hero that can be an asset to the city as a hero and as their alter ego. We still have some great talent on the draft board, but Memphis needs a guy like Luke Cage that can be an asset to fighting crime and can do something positive in the community to heal some deep wounds. Perhaps the draft experts thought some southern heroes like Rogue or Gambit could do the work, but Cage was definitely the right choice.

Stay tuned because on Tuesday we will reveal picks #6 to #10!

Agree or disagree with our picks? Take your thoughts to the comments section!

TonyDoug Wright is the owner and editor of Champion City Comics. His webcomics include Dr Death vs The Zombie, The Red Devil , and Day 165.
- April 16, 2012