Kav and I were discussing some Champion City Comics projects on Sunday, and we started talking about ideas for posting some different takes on superheroes. The idea of a female Captain America was brought up and within a few hours, Kav sent me his idea of a female Captain America. Kav named her 'Lady Cap' and I think she looks great. I also love Kav's title of 'Champion City's Battlin' Femmes!' 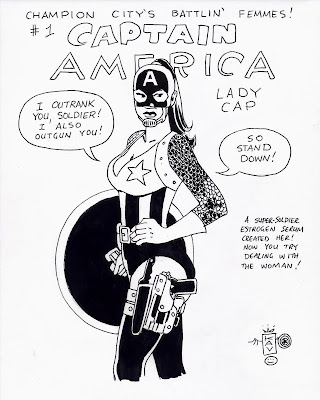