WEBCOMICOGRAPHY: THE END OF PARADISE - PAGES 21 TO 25 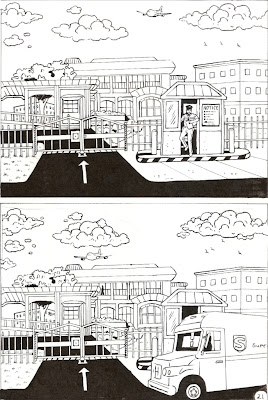 Frankie Paradise is the crime lord of New Ravenwood, Ohio, but he's in hiding. I wanted him hiding somewhere unusual, so I decided to have Paradise hiding out in a bunker below a convent. 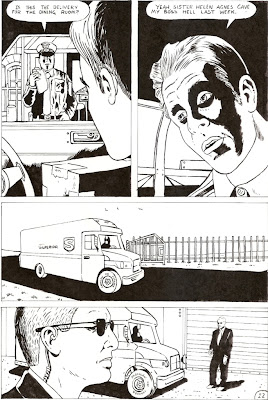 Sister Helen Agnes is a reference to a teacher my mom had as a child. The stories that my mom would tell about Sister Helen Agnes were chilling. She would hit the students and my mom told a story of Sister Helen Agnes bashing a kid's face into the chalkboard because he could not do a math problem.I thought I'd let the legend live on in this comic book. 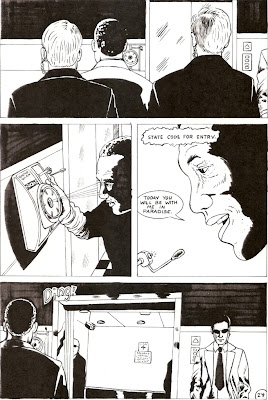 The password for the bunker comes from Luke 23:43 in the Bible. Jesus said those words to one of the thieves that was also being crucified. 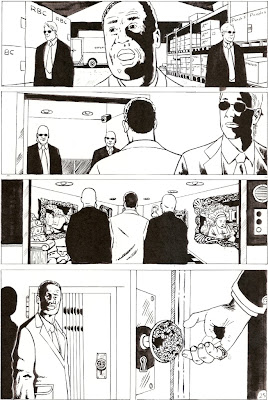 The introduction of Trent Reynolds and the trip down to the bunker did not need that much dialogue. I hope you enjoyed this week's version of Webcomicography.

TonyDoug Wright is the owner and editor of Champion City Comics. His webcomics include Dr Death vs The Zombie, The End of Paradise, The Red Devil, and Day 165.
- August 24, 2012