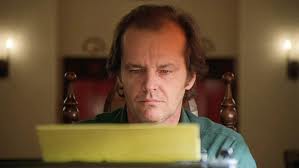 It has been a long time since I've posted anything regarding writing tips, but I'm back with some more tips for rookie comic book writers. This column is merely advice, so I'm just sharing what I've learned as a writer at Champion City Comics. These posts are going to be aimed at the writers out there who have no artistic skill plus lack any funds to pay for an artist.I'm hoping to make this a Monday to Friday series. Cross your fingers, boys and girls.

My first post deals with the dreaded move of getting married to your script. It sounds silly, but it's true because writers I encounter have a script that is THE script that will change the world of comics. It is the script that will sell 300,000 copies in the first week and will win an Eisner Award plus the Pulitzer Prize.

As the owner and head writer of Champion City Comics, I receive on average one to three scripts per month from aspiring comic book writers. The majority of the scripts show a great deal of potential, but a variety of factors weakens the story. I'll go into more detail on the variety of factors with upcoming posts. If an aspiring writer has a bad script, I usually ask for another to see if they have developed a more interesting story. There have been times when I do get another script, but there have been too many instances of writers telling me that I have just read their one and only script.

Look, I had a one and only script from 2004 to 2009, which became The Champion City Fire. I was convinced I was going to be the next big thing in comic book writing due to that script. Silly me. I had six issues carefully planned out and was waiting for that call from Marvel or DC or Image or Dark Horse or anyone interested. Silly me.

The smartest thing I did was putting that script down. I then began working on two more scripts. Two scripts became three and since 2009, I have worked on nine titles at Champion City Comics. Each script has improved due to what I have learned as a writer, but I would not be at the place where I am if I had stayed married to one script.

My fellow aspiring comic book writers, please do not get married to your script. Here are some good reasons:

1. You may think you've just written the best story ever, but you need to realize that you need to pitch this story to an artist who thinks your story is worth their time. I know a large majority of rookie writers do not have the funds to get a good artist, so you must find that needle in the haystack that is the free artist. I've found ten or twelve free fantastic artists over the past three years, so there is hope. That's also another future post. Remember, the artist has to be sold on your script. If they're not then they'll ask to review another script. If you just have the one script and no funds to pay an artist then you will be waiting and waiting to find the right person.

2. An artist who works for free with you will want some creative input with the script. You'll also want to be prepared to negotiate ownership rights as well. Now if you do not allow the artist to have some kind of freedom then you have a 99.999999% chance of pissing off the artist that's willing to work for free. That's not a smart move. Artists want input and they'd like some creative freedom to work their magic. Over the years, I have worked with artists that have provided me with valuable input when it comes to my scripts.

3. Do not get discouraged if nobody likes your script. Put it aside for now and try working on another idea. It worked for me and perhaps it could work for you. If you still love your script, then take into consideration the fact that it may need some revisions.

4. You may not want to hear this, but perhaps the reason that nobody wants to jump on your script is because it sucks. The best thing to happen to me as a writer happened seven or eight years ago. I submitted a rough draft of The Champion City Fire to someone I respected in the comic book business and they HATED the story. They didn't sugarcoat anything, and I was devastated. However, I went back and made some major changes, which made the script better. I re-submitted the script to the person that hated the first script, and they ended up loving the second script.Nobody picked up the story, but at least I know I improved as a writer.

That was my return to comic book writing tips, and I hope you learned something. Come back tomorrow for more tips.

Tomorrow's Topic: Your Story Is Boring As Hell