Anand 'Kav' Kaviraj is the master of Silver Age Comics. He finds some strange and wonderful things in those old school comics. Today he is sharing four cool panels from the reprint of an annual Tales of Asgard #1.

Here's a special treat from an early Journey Into Mystery issue which is possibly around issue number 85 titled 'Tales of Asgard'. Stan Lee was scripting direct from Norse mythology where we see a young Thor and Loki in action against some giants. We see Loki's propensity for evil, but we see Thor slowly being able to lift Uru higher each time he completes a heroic feat. Awesome stuff! 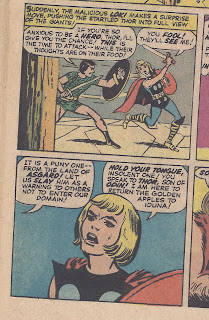 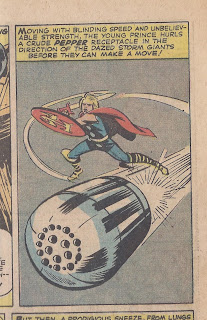 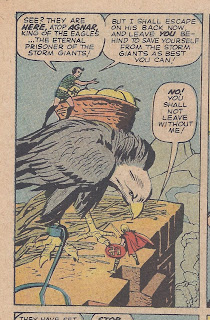 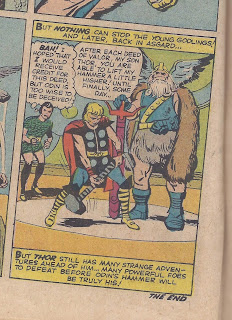