Here are Victor Pozzi's drawings of Captain America and Batman. I've added some comments and feel free to share your comments in the comments section. Enjoy! 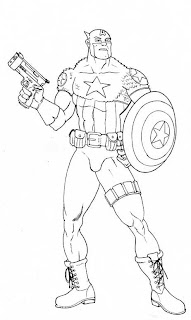 I like Victor's drawing of Captain America because he gave Cap a pistol. A great superhero needs a good offense and a good defense to be successful. I'm not saying that Cap has to be the Punisher and put a bullet in everyone's head, but sometimes a superhero has to show his enemies that he or she means business. Captain America is a soldier not a pacifist. 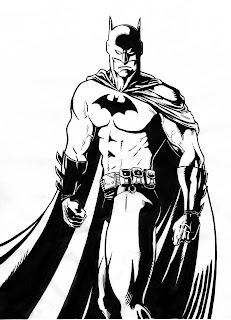