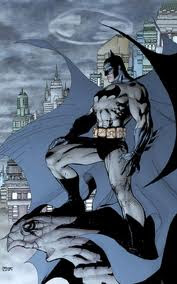 I was asked to name my favorite superhero and my reply was Batman. For years, I have enjoyed the adventures of the 'Caped Crusader' as he battles crime in Gotham. Batman is a detective, a vigilante, a father-figure, and a hero. He is willing to put himself in harm's way to have right win in the end over evil. Batman has battled the worst of the worst and always finds a way to defeat his enemies despite the odds. Batman is a fascinating character and when a friend of mine labeled Batman as a "self-righteous prick", I did not disagree.

Bruce Wayne's parents were murdered right in front of him, so he has every right to seek revenge as a crime fighting hero.

This is a somewhat valid point, but by becoming Batman instead of allowing the legal system to work, Bruce proves that he is in fact a self-righteous prick. He thinks he is right and everyone else is doing it wrong. He believes he is above the system and his plight is the only plight.

Bruce Wayne should have become a member of law enforcement if he truly wanted to combat crime. He could have entered the police academy, earned his badge as a police officer, and made his way up the ladder so that he could be promoted to the rank of detective. As fans, we know that he has all the skills to be a detective and he would have been a major asset to the police department working homicide and/or cold cases. If his career was very successful then he could have made his way up the ranks to chief of police. As the chief of police, he could organize the department and see that the people under his watch are used effectively to combat crime.

Another scenario would be Bruce Wayne going to law school and becoming a lawyer. He could easily be elected as a district attorney to prosecute criminals. Bruce is a smart guy and with those detective skills, he'd be a beast in the courtroom. He could see that criminals were sent to prison for the maximum sentence or even send them to Arkham for treatment. Also, lawyers can earn their stripes and run for judge's seat. If Bruce were a judge then he could ensure that justice was served in the courtroom.

Dude, Batman works WITH the police and the DA's Office.

If he works with them then why act independently of both entities? Does that not prove that the police and DA's Office are useless in Batman's eyes in the war on crime? Does Batman view himself as the only answer to fighting crime in Gotham? He thinks he is the only answer and therefore the self-righteous prick argument wins again.

Bruce Wayne took on the role of Batman to END crime in Gotham. He wanted to strike fear in the hearts of all criminals.

Well then he has done a super job of ending crime in Gotham. You can not argue that Batman is a deterrent to crime because Gotham is overrun with crime. So what has Batman accomplished? Every hero has a goal and he did solve the case of the murder of his mother and father. Goal accomplished. He also wants to end all crime in Gotham. This impossible task can not be accomplished by one person alone. We know that at times he wants to be the awesome crime fighting loner, but he needs help. Dick Grayson, Jason Todd, Tim Drake, Alfred Pennyworth, Jim Gordon and Barbara Gordon are just a few people he has enlisted to help in his fight against crime. Let's not forget about his affiliation with the Justice League of America. How long would it take for Superman, Batman, Green Lantern, The Flash, Wonder Woman, and Aquaman to crush the criminals of Gotham?  An hour? A day? A week? A month? A year? Problem solved.

So Batman solved the murder of his parents. Did he make an effort to go out and solve all of the other cold cases in Gotham? Still proving the self-righteous prick point. 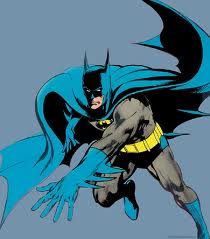 You're wrong because Batman cares about Gotham and always gets the bad guy.

Batman has fought many battles and it is amazing the guy is still alive. However, every time he wins a battle, a new villain or an old villain appears. The cycle continues and Batman can not end the cycle. It will never end. Only a self-righteous prick would keep this battle going. I admire Batman for not killing his enemies, but some broken legs would keep his enemies immobilized for a long time.

But you gotta sell comic books.

That's true and you make a very good point. But why can't characters die? What can't characters retire and be replaced with a new line-up? Why keep on recycling the same old stories again and again? There is talent at DC Comics that can come up with new characters and new story lines. How man times does Gotham have to be on the brink of destruction? I am amazed people live in that city. There would be no way in hell I would live in Gotham. The West Bank and Baghdad seem to be safer locations.

We're getting away from the argument where Batman is a self-righteous prick.

I still think you're wrong.

Amazing. You think I'm wrong? Batman is the embodiment of the "my way or the highway" type of persona. He'll work with the system, but he believes that he is also above the system and can fight crime on his own. Batman thinks he's the solution, but he's also part of the problem. He can keep putting the Joker into Arkham, but the Joker will escape. He can crush a new enemy, but another one will emerge. He'll blow up buildings and cars, just to win the battle, but he doesn't seem to go the extra mile to win the war.There is your self-righteous prick who can't see he's not part of the solution.

One of my favorite TV shows is Breaking Bad and I'd like to share a line. Bryan Cranston's character, Walter White, was having a conversation with Jonathan Banks' character, Mike Ehrmantraut. Mike tells Walter, "No more half-measures, Walter". That's my advice to Batman. Quit being a self-righteous, prick. You're my favorite hero. No more half-measures. You're the best. Get the job done and win the war on crime.