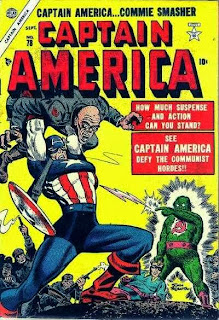 Superman and Batman had no break in their comic run from the Golden Age of Comics to the present. Not so for other super heroes. Golden Age Flash and Green Lantern stopped printing and were reworked and re-introduced during the Silver Age of Comics. Captain America has the strangest history because he's the only Golden Age hero, besides arguably Namor (The Sub-Mariner), to have their series ended and then reintroduced as the same character during the Silver Age. 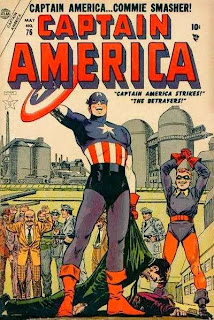 Issues #74 and #75 were published right after issue #73, in 1949, but they were called Captain America's Weird Adventure Tales. Issues #76 thru #78 were published in 1954, 5 years later. Showcase #4 (the first Flash appearance) which many consider to be the start of the Silver Age of Comics didn't appear until 1956. 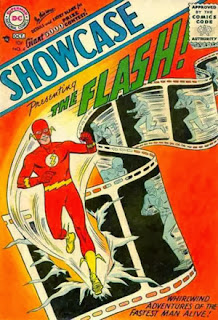