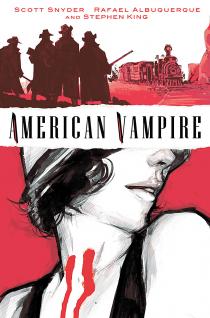 Welcome to the third installment of The Champion City Comics Writers Academy. This weekly column is for those aspiring comic book artists that are low on funds to hire an artist and lack any artistic abilities. The first article dealt with not getting married to your script while yesterday's article dealt with the fact that your story just might be boring as hell.Today the purpose of this article is to tell you that it is OK to develop superhero, vampire, or zombie stories.

There have been a few moments where writers submit scripts to me and they are somewhat apologetic about the fact that they wrote a superhero, vampire, or zombie story. There is no shame in developing a superhero, zombie, or vampire story. Having said that, you must set yourself apart from the pack.

Do your best to come up with a superhero, vampire, or zombie story that is slightly or vastly different from the rest. We have stories that deal with all three at Champion City Comics:

Rapid City is a superhero tale that explores the complexities that comes with the job of being a superhero. Kinetic is the main character and we see how he struggles to maintain a normal life while learning the ropes to be a superhero. We have more of a normal guy developing into a superhero story than a cliched tale featuring mindless fights and women with large breasts serving as eye candy.

Doctor Death vs The Vampire takes the vampire concept but changes them from the Bram Stoker blood lusting variety into creatures that feed off of pain and suffering. Gone is the black cape and fangs, and they have been replaced by normal looking people. However, these new vampires are incredibly intelligent and they hunt their prey by the amount of pain they have from an illness or an addiction.

Doctor Death vs The Zombie is influenced by the West African and Haitian mythos and  is combined with the George A. Romero world of zombies. You have the zombie that loves to eat brains, but must be controlled by the voodoo priest or bokur.

Slight changes will make your story stand out and that will appeal to readers.

Setting yourself apart from the others is not as difficult as you think. Take time and work on your sscript so that you have a superhero, vampire, or zombie story that brings something relatively new and fresh to the table. Have an artist or a fellow writer review your concept to see if it works. Be willing to revise and revise and revise some more until you have a solid story.

Tomorrow we will discuss goals for your main character.