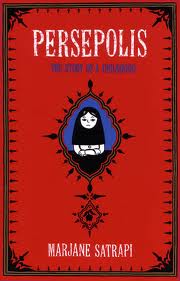 The Champion City Comics Writers Academy is for up and coming comic book writers. I'm here to give you some helpful advice for developing your scripts. I've mainly dealt with creating scripts for more action oriented comic book stories, but today's topic is for the slice of life script.

It hasn't happened yet, but one day I will have someone send me their slice of life script. These are stories about the lives of people and they will either go the true life route (i.e. Jerusalem by Guy Delisle) or tales inspired by real life events route (i.e. Ghost World by Daniel Clowes). The inspired by true events route is the easier path, so let me direct the rest of this article towards the real life script writers.

Slice of life stories have to be incredibly engaging works, and if you need examples then read Maus I: A Survivor's Tale by Art Spiegelman, Blankets by Craig Thompson, Stitches by David Small, and My Friend Dahmer by Derf Backderf. All four were major page turners for me, and all four were true life stories.

If you want to tell the true life story then it better be a page turner. Don't pull a James Frey and make your life more fiction than fact. That is wrong, and you can simply write an inspired by true events version instead. They'll find the lies and you'll look foolish. Have fun sitting on Oprah's couch.

Most importantly, a life lesson is necessary in these true life stories. Show us that you learned something along the way which made you a better person. Don't pull a Laurie Sandell and write something like The Impostor's Daughter where it's all about you while dropping famous names. That's not cool, plus you're going to irritate a bunch of readers.

True life is not always that interesting, but there are people out there with amazing stories to tell. Tell us the real story, and don't be afraid  to show us mistakes you made. Show us what you learned and how you became a better person. Don't give us a Hollywood treatment or make it a self-congratulatory piece of work.

Next week, I want to start off the week talking about villains.