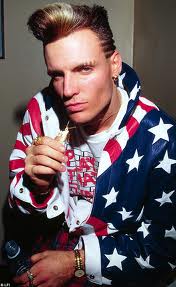 Haters gonna hate and the haters are everywhere. When someone decides to dump a bunch of hate on your webcomic then just ignore them because hating is toxic. There is a difference between constructive criticism and bringing someone down to feel superior.

As a webcomics creator, I have done my best to not be a hater. There are times when I see a webcomic that does not appeal to me and I'll pull out my Haters Club card because their webcomic had five thousand page views in one day while my webcomic had five page views. "How the hell did they do that?", I'll think to myself. Instead of hating on the webcomic, I've learned to see what they did to get the five thousand page views.

Stop hating on other people's webcomics and see what they are doing right as creators.

Tony Wright is the owner and editor of Champion City Comics. Check out his webcomics Day 165 and The Red Devil at Tapastic.

Email ThisBlogThis!Share to TwitterShare to FacebookShare to Pinterest
Labels: Developing a webcomic, how to make a webcomic, Webcomic tips