Anand 'Kav' Kaviraj is the master of Silver Age Comics. He finds some strange and wonderful things in those old school comics. Today he has discovered a nice bio of Jack Kirby.

Here is a special treat for Jack Kirby Fans! From the Kamandi #32 "Giant" issue comes an awesome bio of THE KING! The name 'Kamandi' comes from where he was raised-the underground bunker 'Command D'. Kamandi is probably my favorite of Kirby's 'Fourth World' bronze age works. The stories are so lively and imaginative and the characters so memorable, while the art is some of the best. I highly recommend Kamandi for those who haven't read it, but stick with the Kirby books, not the later stuff. The Demon and Eternals are my second favorites. Better collect this stuff now because prices on Ebay are steadily climbing. Same with his Thor books-a very good investment as they are starting to spike. The Fantastic Four is already pretty well valued so you won't see many bargains there. Interest in Kirby is resurging and I myself got caught up in it. Didn't really like his stuff when I was younger but the older you get the more you can see the genius. I got about 20 Thor comics from a buddy then my hunt began and now I have 1.5 longboxes of Kirby! 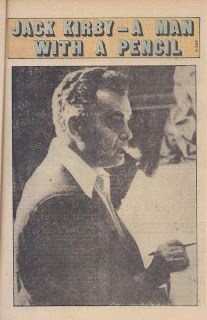 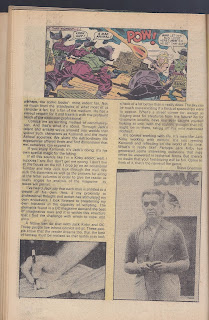 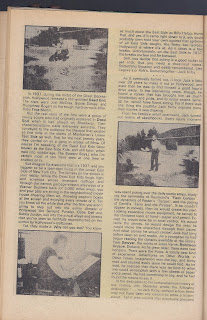 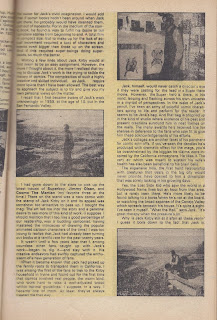