Greetings! This week, we have updates for Dr Death vs The Zombie, Red Devil, and The Burning Blade. Once again, you'll notice that when you click the title of the webcomics below that some titles have an option for reading them at Drunk Duck.

We're glad you enjoy our titles and be sure to stop by our site daily for news, reviews, webcomic reviews, and much more.


Click on the titles to read the webcomics in their entirety.

This week, Dr. Death, Shade, and Phreaker decide what to do following their victory. 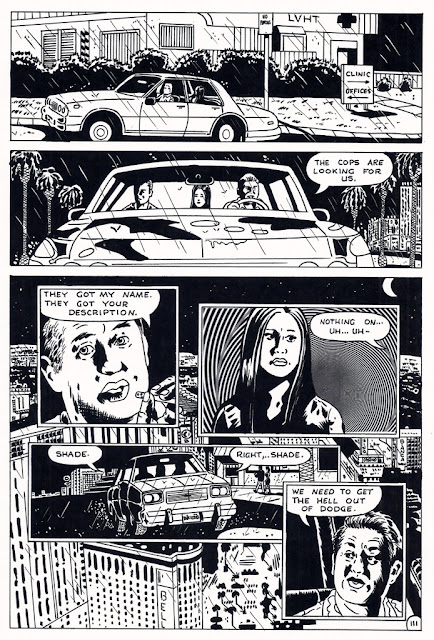 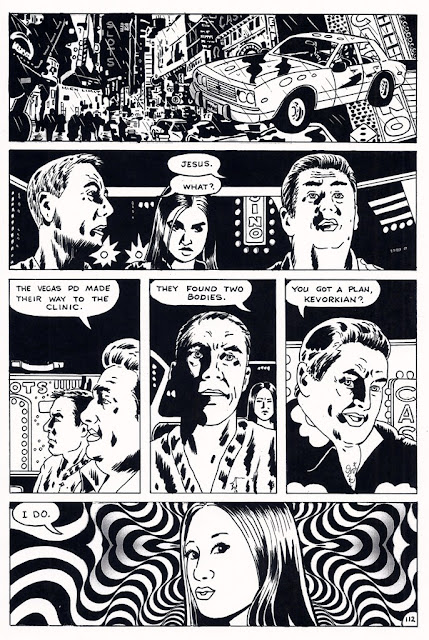 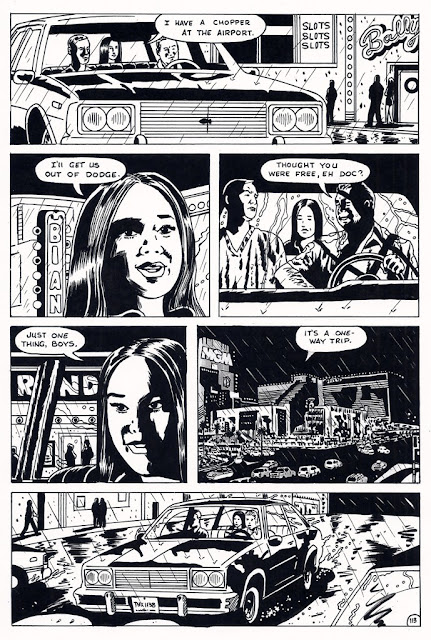 THE RED DEVIL
Writer: TonyDoug Wright
Pencils, Ink, Color, and Lettering: Erik Roman & Joe Haemmerle
Synopsis: Dublin O'Darby (The Red Devil) is an international crime-fighter who works for Sebastian Coronado, the director of an organization dedicated to combating cartels of evil. Joining The Red Devil is teenage sidekick Charlotte Murphy (Kid Diablo). In the exciting first issue, Red Devil and Kid Diablo track down a dangerous ninja, Silent Noise, who has stolen a mysterious ring which once belonged to a diabolical group of demon worshipers known as the Order of Methalius.
Check out this week's panel as Silent Noise takes a dive.

THE BURNING BLADE
Writer: Bret Kinsey
Art & Lettering: Bret Kinsey & Tun  Myo Hlaing
SYNOPSIS: An ancient evil has returned to the lands of Thordasha. Daemon Devilwood, an orphan of a decimated race of wood elves, and a young mercenary, Rivek, must battle the hordes of death to face an enemy of unfathomable horror. Will the companions survive the darkness that follows them? Only time will tell in this dark fantasy of revenge, death, and redemption.


The first part of this saga wraps up this week so check it out! 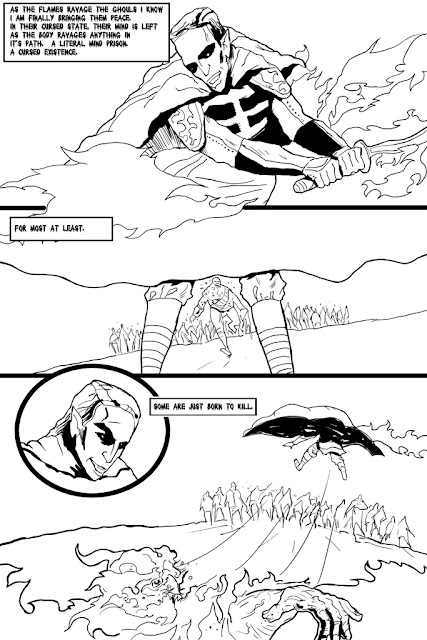 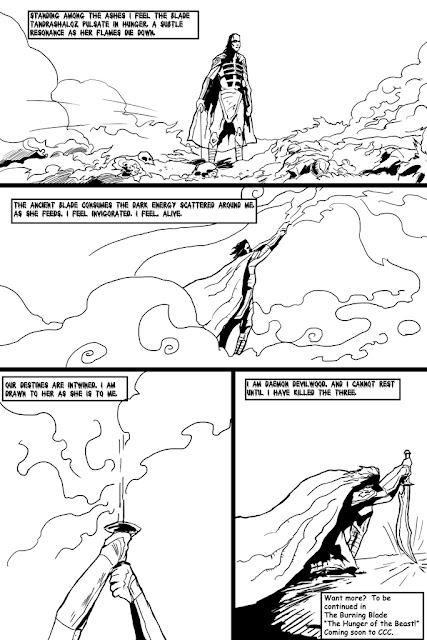