Tuesday means it's time for Kav and Tony to break down your favorite Superman comic books. This week, we continue our review of Action Comics #321 'Superman - The Weakest Man in the World'. This was published in 1965 and the writer was Edmond Hamilton, pencils were done by Curt Swan, and the inker was George Klein.

Did you miss part one of this feature? Click here to read. 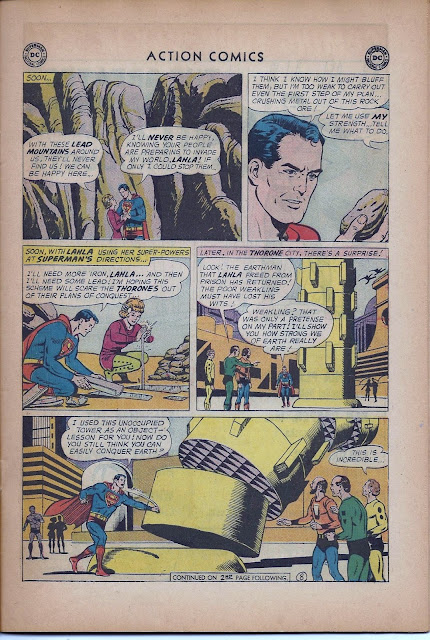 KAV: Chick says, 'We can be happy here in the LEAD MOUNTAINS'. Sounds like paradise. Brilliant.

TONY: Superman has a plan, an endless supply of lead, and a subordinate female sidekick who is stronger than Superman on this planet.This is the formula we need for an unrealistic Silver Age DC plot. Awesome. 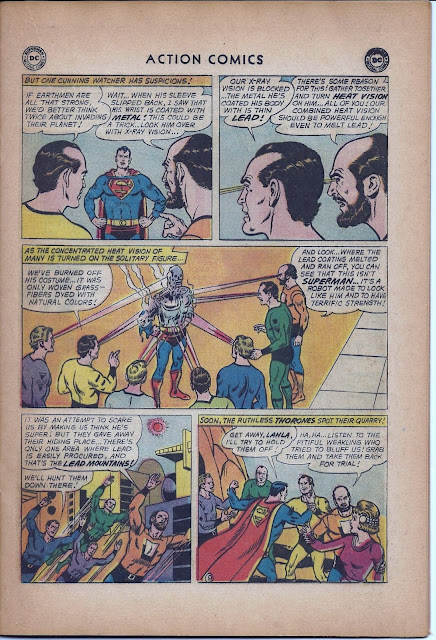 KAV: So Superman somehow created a robot complete with microchip brain, etc, by CRUDELY SMELTING METALS. I suggest this is impossible. And they made a superman suit out of GRASS FIBERS AND DYES. 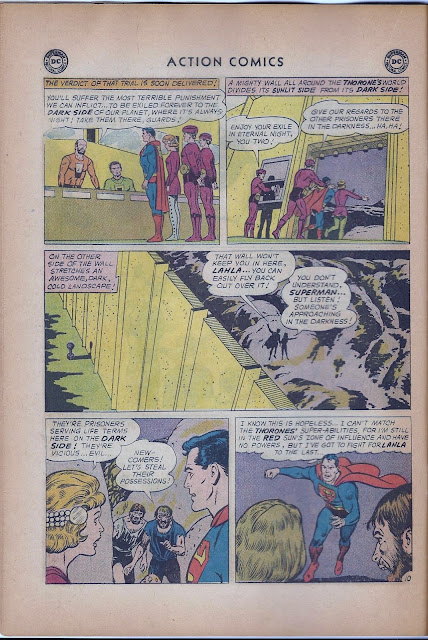 KAV: They're sentenced to the dark side where they are immediately accosted by miscreants. Stupidman goes to attack them even though everyone on this world is super powered. This guy doesn't learn.

TONY: I'll see you on the dark side of the moon, Supes. 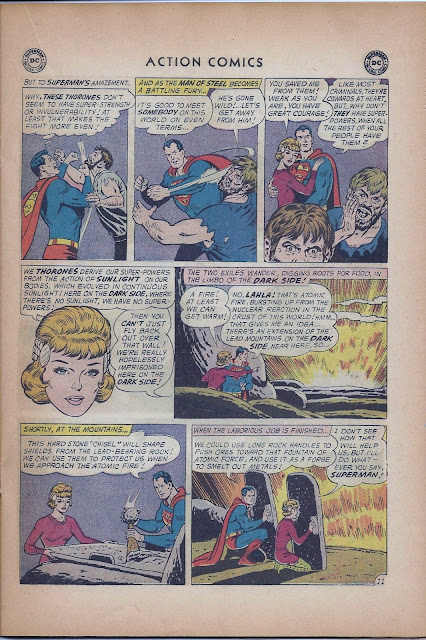 KAV: There is an atomic fire so hot you can feel the heat. This is an incredible amount of radiation. They make shields but if any part of their body creeps around the shield for a moment, it will die and fall off. This seems incredibly hazardous to me. Also, they ground they're kneeling on would be radioactive by secondary decay.

TONY: La-La doesn't know the difference between a fire and an atomic explosion? Wow. Hiding behind those shields from the atomic fire are the equivalent of surviving a nuclear attack by hiding under your desk at school. 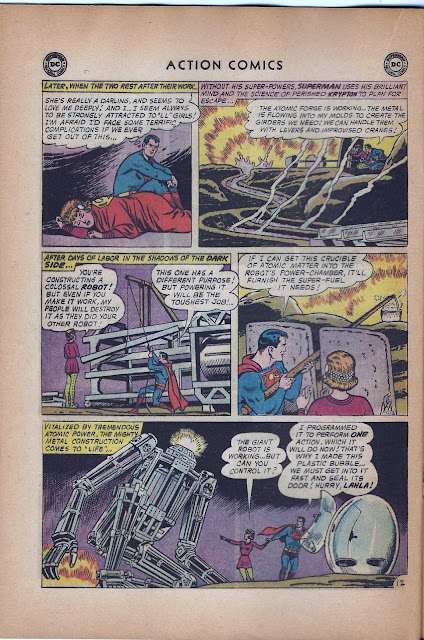 KAV: Hiding behind shields, they create an elaborate smelting system to BUILD A ROBOT! And I can never even put together a model car right. Sheesh. OK I saw Stupidman's hand come around the shield on panel 4, just like I knew it would. that hand is now dead and will soon fall off. Getting his superpowers back will do nothing to change that, guys. Other parts may be dead also. Superman also made a plastic bubble. Where did he get the petroleum and and organic chem lab, though, to do this? Hmmm....

TONY: As a writer, I am furious with this page. The liberties taken by the writer gives me a headache. I know this comic was written during the Silver Age but come on, dude! 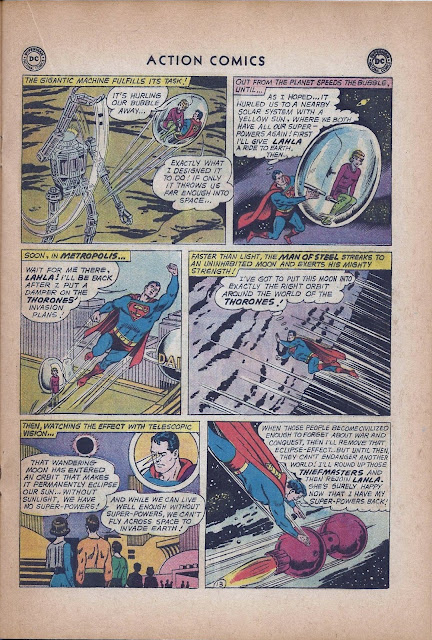 KAV: Ok if all they needed was a catapult why didn't they build a catapult instead of an entire robot??? It wasn't like
the task was easy in the first place. And why does La-La land need a 'ride', Superman? She has superpowers too. PS the acceleration needed to hurl an object to ANOTHER STAR SYSTEM would mash any matter into its component quarks....even Superman WITH his super-powers couldn't withstand something like this. This is way more energy than exists in the ENTIRE UNIVERSE. Come on, guys-work with me here.

TONY: Ladies and gentlemen, here is a fine example of how to wrap up a poorly written story in six panels. 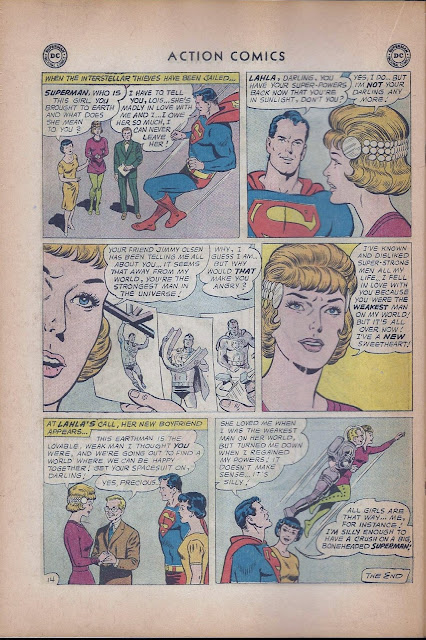 KAV: Lois immediately interrogates Superman about La-La like Lois is his WIFE! La-La land doesn't like Superman anymore cause he's weak. And somehow, in the short span he was gone, she found a new boyfriend. Man-that's some speed-dating. Told ya she had control issues.

TONY: Oh boy, I love how they wrap up the La-La issue. Let's make her a heartless weakling lover, so Superman doesn't look like a player. He did kiss her, but it was the woman's fault for some reason.

Kav has another Superman comic lined up for next week. Need more Kav & Tony?

TonyDoug Wright is the owner and editor of Champion City Comics. His webcomics include Dr Death vs The Zombie, The End of Paradise, and Day 165.
- February 28, 2012