This week, we are continuing our review of Action Comics #295 titled 'Superman Goes Wild'. Did you miss part one of this series? Click here to read. 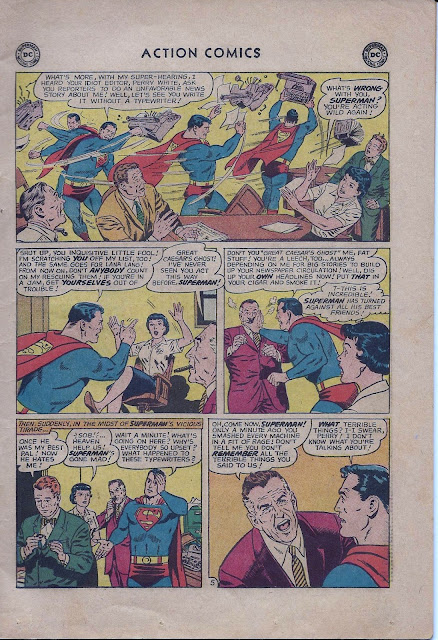 KAV: Superman proceeds to do the Twist and wrecks all the typewriters. Everyone is shocked and no one says, "Ok calm down-it's probably another Red K effect or hypnosis machine or something". I loved seeing Supes call Perry 'Fat Stuff'.

TONY: I love how 'evil' Superman does something totally horrible like smash all of the typewriters. He's so dangerous. Every time they need Superman to act evil in the Silver Age they turn him into a giant, angry toddler. Give me a break. 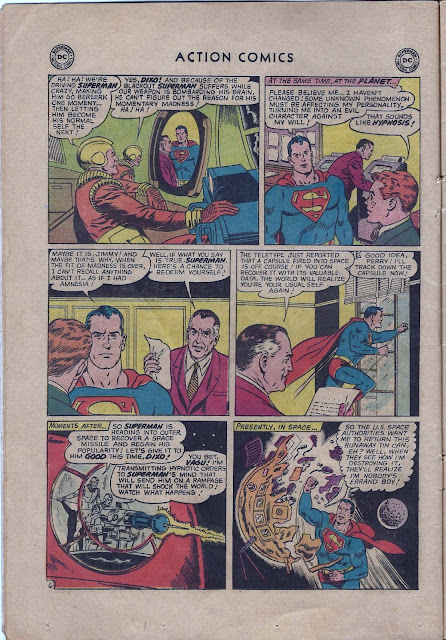 KAV: God damn are we morons? Dixo has to explain to the readers (us) WHAT WE JUST READ. OK DC- WE GOT IT! I'm waiting for the inevitable comic where each panel explains the last panel. So, anyway, even though Perry knows Superman keeps losing it, and no one knows why, he gives him an important mission to go on. There's dumb, there's dumber, and there's DUMBEST.

TONY: In order to get Superman's trust back, they send Superman on a major mission after his typewriter tantrum? Brilliant. The Ron Paul fans had to love Superman's anti-UN rant and now they're loving Superman destroy some NASA billion dollar waste of money. Ron Paul and Supes in 2012?! 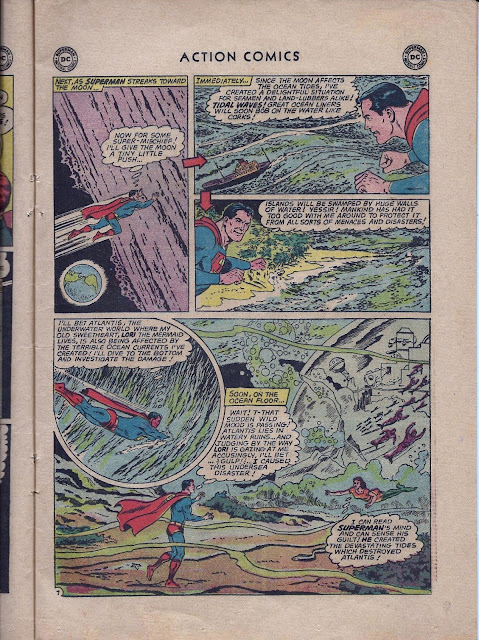 KAV: Ok Superman actually kills hundreds of thousands of people now. Because there is no way that many or MORE wouldn't be killed by WORLDWIDE tidal waves. Just look how many died in the local Tsunami at Fukishima. Don't even bring up Indonesia. PS I always wondered why Atlantis has a bubble around it since it's filled with water. Maybe it's the same reason they cover dishes of food. (See Kav and Tony King Superman page). I'm picturing Chinese boxes now with bubble covering bubble covering bubble ad absurdum.

TONY: Did Superman say 'Land lubbers'? Good lord. If Superman destroys Atlantis then doesn't that mean he's gonna have Aquaman after him? 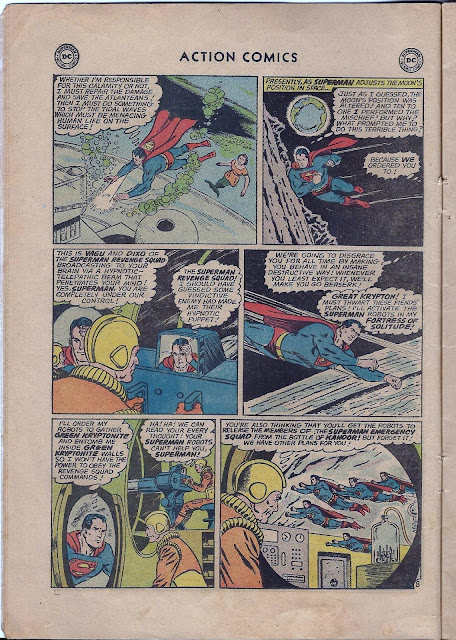 KAV: Superman's plan is to have his robots ENTOMB him in Kryptonite-which would effectively kill him. Why not just swallow a piece, stupid?

TONY: I love how Superman can move the moon and earth at will. "Sorry I killed all those people via massive tidal waves. Let me move the moon back to its precise position. My bad, y'all." Then The Superman Revenge Squad makes a serious mistake by telling Superman their plans. If they wanted revenge, why didn't they keep their big mouths shut?I don't understand the motives of these villains. Why waste time by using a device that doesn't turn Superman 100% evil? Just have Superman fly into a volcano and call it a day. 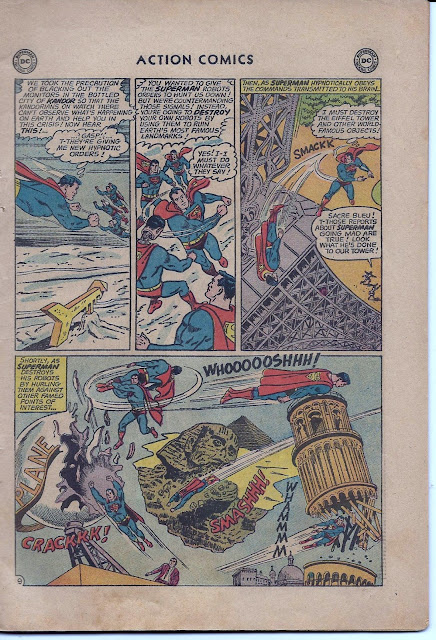 TONY: What an absolute waste of a page. 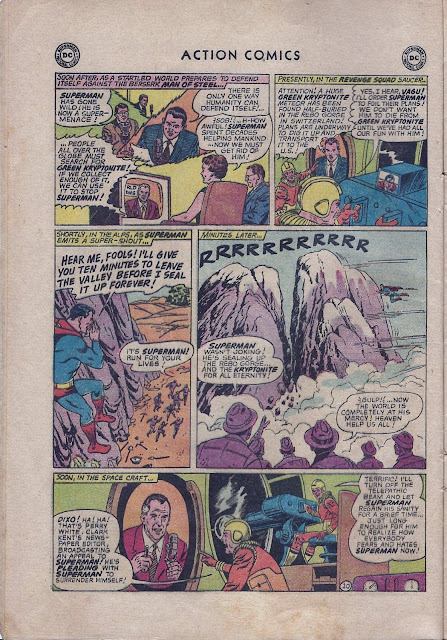 KAV: Suddenly there's this worldwide mad scramble for kryptonite...like the stuff is rare...and doesn't fall out of the sky every five minutes. Brilliant.

TONY: Um, why isn't anyone contacting Lex Luthor? Need green kryptonite? Contact the dude that has the hook up! I love it when Superman goes bonkers. The Justice League is nowhere to be found and nobody decides to get in touch with Luthor or Brainiac.

Kav and I will finish this story next week and thanks for reading.