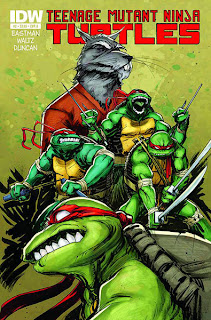 I launched Champion City Comics in October of 2009 and we experienced only a handful of hits. Our webcomics production increased in 2010, which led to an estimated 300 to 800 monthly page views. Those numbers were low and discouraging because I was doing everything possible to promote our work via social media and by connecting with other webcomics creators in various forums.

We had a great line of webcomics available, so I decided to add something else to Champion City Comics which would generate more traffic. Comic book reviews made the most sense because it was my thought that people could enjoy reading reviews of their favorite comics while discovering new and exciting webcomics.

If we were going to post comic book reviews on a daily basis then people had to be recruited to write reviews. A few motivated souls accepted my invitation and we started updating the site on a daily basis with comic book reviews and some other comic related articles that would bring in traffic. The gamble worked and our page views started to soar. It was October 2012 when we had over 20,000 page views for the entire month. I was very excited to see that we were on the right track, but when I reviewed the statistical information for our site, I noticed that people were just checking the reviews and our webcomics were getting little attention. A review of a Teenage Mutant Ninja Turtles issue was our top read for the month.

That was the moment when I realized we should stop writing comic book reviews. I love making comics and I love reading comics, but I learned an important lesson that both may not always coexist peacefully.
- September 29, 2015